For many years, the City of New Fairview has benefitted from the work of volunteer firefighters serving with East Wise Fire Rescue (EWFR). Working out of the fire station at CR 4421 and FM 2264, these individuals sacrifice time and self to answer emergencies in the eastern part of Wise County. Their service region includes the City of New Fairview and the surrounding area, almost as far north as Highway 380. Since mid-August, EWFR’s ability to serve the New Fairview area has improved with the addition of a second station. 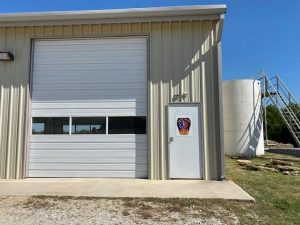 Located at the City of New Fairview multipurpose building, Station 2—as it is known to the volunteers and locals—is the product of a new partnership with the City and EWFR. “The goal is to make sure we have better protection for citizens,” explains Arne Wissmann, a EWFR volunteer who is also Treasurer for the department. “We put two trucks there to better serve the community.”

Wissmann, who has been with EWFR for a year-and-a-half, says that the result has been a significant improvement in EWFR’s service to the New Fairview area. “Having Station 2 has definitely been a blessing because we’ve been able to reduce response time by almost half.”  He gave an example of a traffic accident on FM 407 to illustrate the improvement:

“I live in Skyview Ranch,” he said, “which is between twelve and fifteen minutes from Station 1 (the original station). If I get an emergency call about a traffic accident on 407, that’s fifteen minutes to the station, fifteen minutes back—it’s almost thirty minutes before I can even respond to the emergency. If there is a life-saving issue, that makes it difficult. Now [with the creation of Station 2], I can be there in less than ten minutes.”

Hidden within this description of an emergency response is the staggering amount of time and dedication required from a volunteer firefighter. EWFR currently has eleven volunteers, all of which live in the responding area. Each maintains a regular job in addition to their time spent serving with EWFR. (Wissmann, for instance, is a medical doctor and orthopedic surgeon in Fort Worth, when he is not serving the community.) Aside from mandatory weekly vehicle and equipment inspections and monthly meetings, volunteers each carry pagers to alert them of calls. Wissmann reports that on average, EWFR responds to between twenty-five and thirty-five calls a month, but sometimes up to seventy. The longest serving volunteer is David Plankey, who began his EWFR career in 1999 and currently serves as the Fire Chief. Jim Blackney, who has been involved since 2006, is the Assistant Chief. 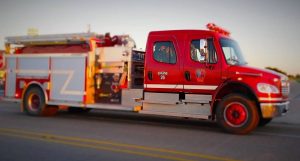 While they are continuously funded as a 501c3 non-profit entity through Wise County, EWFR recently benefited from a $50,000 grant to the City of New Fairview. Billed as a “Corona Relief Fund,” the City offered EWFR to make use of the money, which has allowed them to purchase much needed PPE—personal protective equipment. As first responders, the department has answered a multitude of calls with COVID-19 patients, which exposes them at the highest level. New equipment has provided them better protection, and according to Wissmann, has come at “just the right time.”  In the future, EWFR hopes to be able to expand their service to the New Fairview area with the addition of a second engine, particularly as new developments are built and the city grows. “We benefit from the city growing by being able to purchase new equipment and new trucks.” He explains. “But that’s all a money issue for us. We’re hoping to grow with the city.”

The City of New Fairview is grateful to Arne Wissmann for the interview, and to all of the volunteers at East Wise Fire Rescue for their service to our community. For more information about EWFR or to find out how to become a volunteer, visit eastwisefirerescue.org.