City Facilities will be CLOSED Monday, July 4th, in Observance of Independence Day. 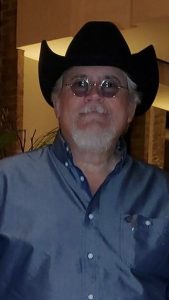 With a management career that spans more than two-and-a-half decades, Harvey Burger is a professional leader with a personal stake in the country life of New Fairview.

A transplant from Corpus Christi, he spent four months riding in the sesquicentennial wagon train in 1986, which brought him to the Dallas area. His first job was in commercial cleaning, and he has worked his way up from being a maid to serving as Vice-President of Member’s Building Maintenance in Dallas, where he has over 500 employees. After marrying his wife, he lived with his family in Lewisville before moving to New Fairview in 1995 to have a more rural life. Harvey and his wife raised horses and homeschooled their children on their land, which is in the Chisholm Hill area.

As a longtime local resident, Harvey knows New Fairview’s pain points well. From experiencing personal challenges with road and water quality, city tax implementation, and animal control, he is well versed in the issues of the community and dedicated to finding solutions to them. He is motivated to run for mayor based on his desire to bring the community together and make local city leadership accessible to all citizens, so everyone’s voice can be heard. He is dedicated to making decisions to benefit the city in improvements to water and road infrastructure, while still maintaining the country feel of the area.

Harvey is the father of four children and has five grandkids. He enjoys spending time with his family, trying new restaurants, and going on cruises with his wife. He loves the country atmosphere of New Fairview and the access it provides to all the activities in the wider DFW area.